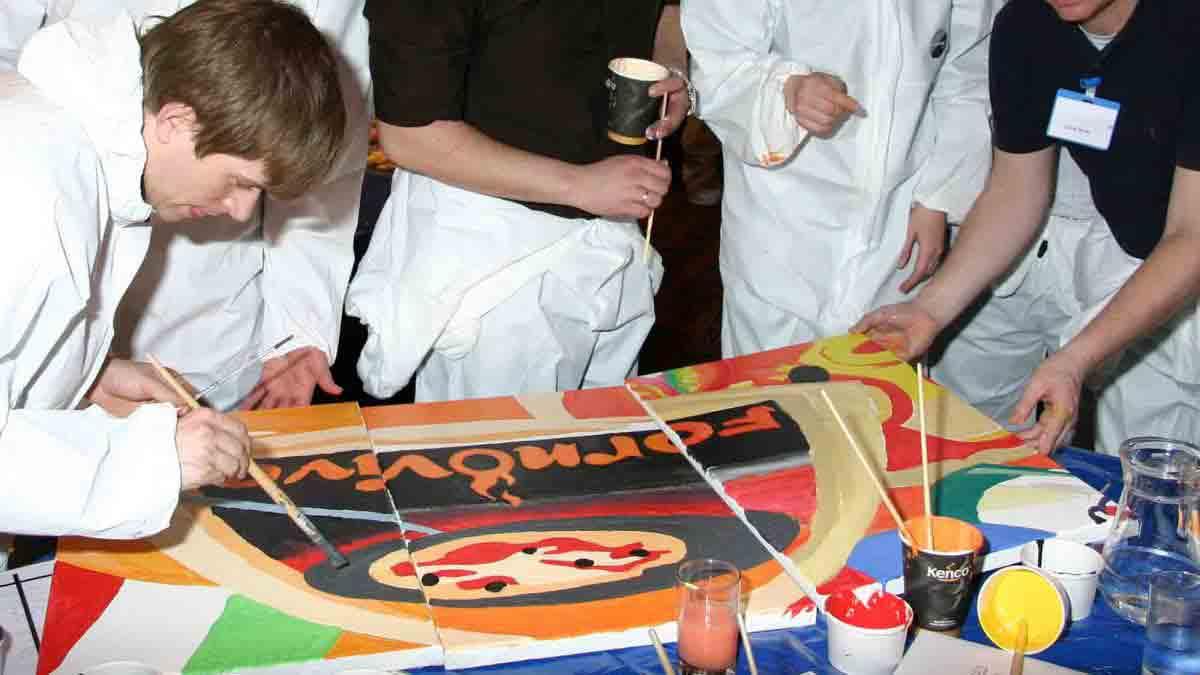 Employees are the key to Norgine future

Norgine Pharmaceuticals were looking for a team building experience that would highlight a shared vision and the realisation that everyone, regardless of location, is an important part of their brand and the company's past and future success. An activity that would be celebratory, something that would also break the ice at the beginning of the conference, integrating and unite the group. The solution should be collaborative, inclusive and something tangible that could be taken away after the event. As the exclusive licensee of Catalyst team building products in South Africa, Dream Team Catalyst were able to offer them original creative team building activity, The Big Picture which would meet all these criteria.

Prior to the event, Dream Team Catalyst worked with Norgine Pharmaceuticals to understand their requirements. They researched the company, interviewed the leadership team and sought input from personnel across all levels and functions of the organisation. Then Catalyst Global designers created a digital image that captured the essence of their organisation which depicted their 100 year success and the company's values, products, icons, milestones and aspirations.The team was then challenged to recreate this artwork, in giant form, using paints and other art materials.

What happened on the day?

On the first day of the conference, delegates were formed into 64 teams. All these teams had to work together to paint a giant artwork made up of 128 canvases.Each team had to communicate and coordinate with every other team to establish what exactly had to be drawn and then painted on their canvases to ensure it fitted in perfectly with the giant artwork.Most of the delegates did not share a common language and they had to create innovative ways of ensuring the message they wanted to communicate was done so clearly and effectively. Once all the canvases had been painted, our team assembled the separate canvases into a premade structure that became the set, incorporating the AV screens, for the three-day conference. After breakfast the next morning, the picture was revealed to amazed delegates amid a pyrotechnics show and African dancers and singers.

The event was a huge success. At the unveiling of The Big Picture, there was great excitement and total astonishment at how magnificent it was. There were tears of joy, hugging and ‘high-fiving’ as the group saw the unbelievable fruits of their efforts and gained an insight in to the possibilities that lay ahead of them if they could take the lessons from this exercise back to their workplace.

The event won numerous international awards and is still talked about in the company as their best team-building event ever. 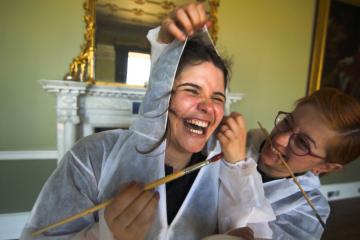 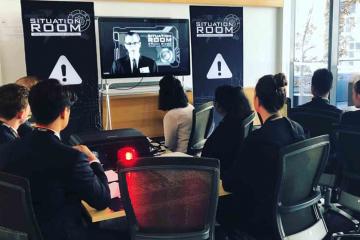 Bank of New Zealand incorporate “The Situation Room” experiential learning based business simulation, into a recent assessment centre as part of their internal recruitment process.

Welcome to Catalyst Team Building Ireland. This site uses cookies to improve your experience and deliver personalised advertising. You can opt out at any time or find out more by reading our cookie policy.